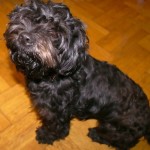 When a dog is missing, the first reaction is often panic. Panic leads to unclear thinking about what really happened. Many people are convinced that their dog has been stolen, before they objectively think through all of the scenarios.

Just last week we had a case where the dog was missing from a fenced yard. The owner assumed their dog was stolen but he had fallen into a window well and was recovered safely. Check everywhere first!

Next we need to clearly define the difference between a dog that is picked up and one that is stolen. A picked up dog is one that was lost, or perceived to be lost and a Good Samaritan took the dog in, to keep it out of harm’s way. Stealing involves a person who commits a crime of intent by illegally entering your house, business, yard or vehicle and taking your dog. There is a big difference because the motive is different.

If you have reconsidered and realized that your dog was picked up by a Good Samaritan – please read this article instead.

“Stolen” dogs make headlines which makes it appear that it happens more often than it does. But when the dog is recovered, and it wasn’t stolen; the outcome doesn’t get the same media attention. So the public only remembers that the dog was “stolen” when it may have simply been lost or picked up.

The media loves to over sensationalize the story of a stolen dog and pretty soon people’s minds are playing tricks on them – creating all sorts of bizarre scenarios that probably didn’t happen. At Lost Dogs of Wisconsin/Lost Dogs Illinois we focus on “probability” vs. “possibility”. We never say never, but when we look at the results of our over 10,000 successful reunions, we see some pretty clear patterns.

In our experience we have found that very few dogs are actually stolen. And, of those that are stolen, many of those have been taken by somebody that is known to the family. If you think your dog has been stolen, consider these possible suspects first:

1. A disgruntled spouse, ex-boyfriend or ex-girlfriend, or other family member

2. A disgruntled employee, contractor or anyone you may owe money to

3. An unhappy neighbor who perhaps disagrees with how you care for your dog.

Immediately file a police report. If your dog has been stolen, you need to create a paper trail to help you. You also will need the police department on your side because you will need them to accompany you when you find out where your dog is. You will also want to make sure that the thief is prosecuted.