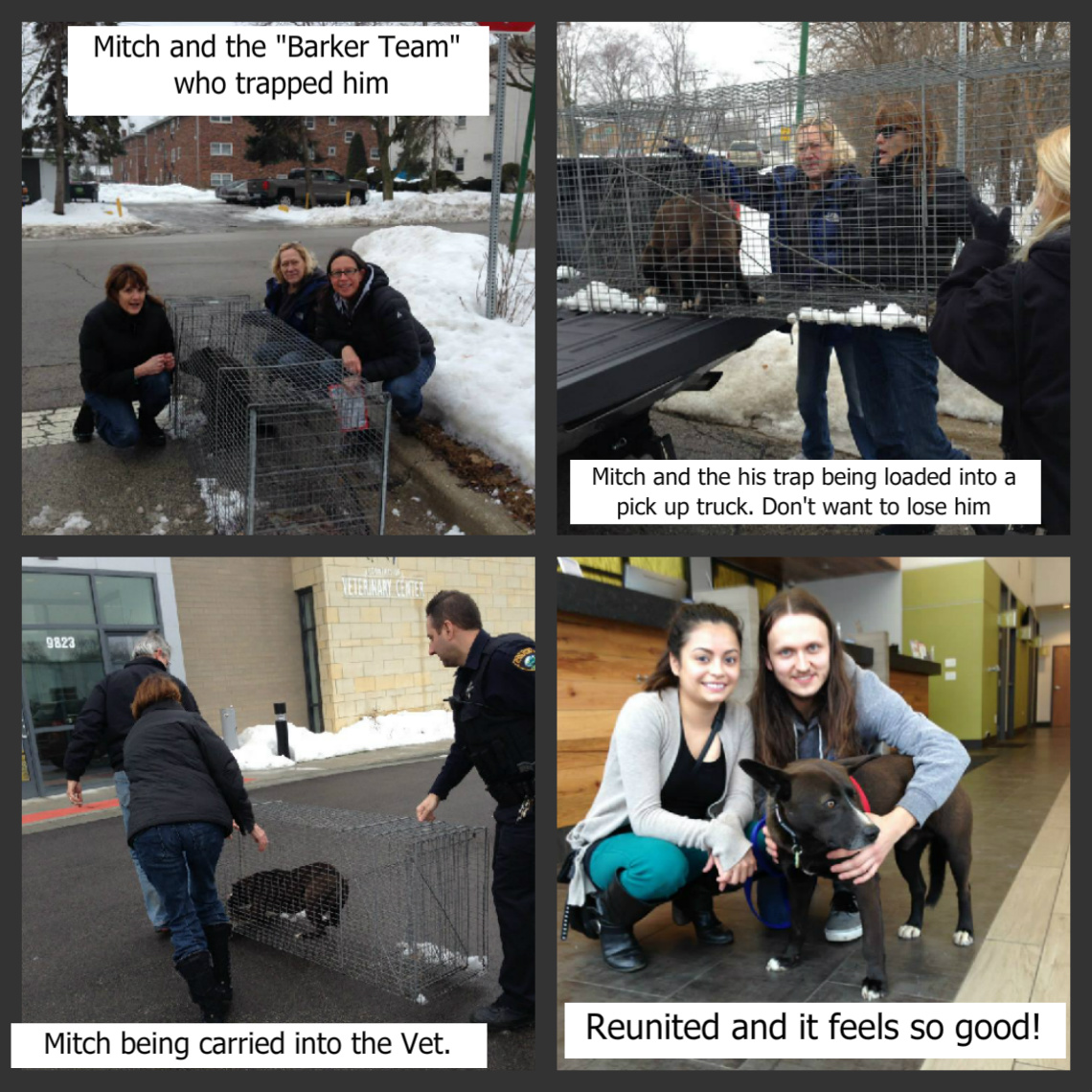 This is a true survivor’s tale – a story about a dog named Mitch, a Border Collie Mix who slipped out of his collar and went missing  on 1/20/14 just two weeks after being adopted by a new family.  Immediately after he got loose on that cold winter’s day, his family posted him on Lost Dogs Illinois.  As the weeks went by, they responded to each sighting, started a Facebook page dedicated to finding him, and never gave up hope.  Little did they know that Mitch had  been traveling from Burr Ridge to Countryside, surviving on his own for 6 months. During that time, neighbors were feeding him, the vet clinic was trying to lure him in, and the police were trying to catch him, but Mitch was in survival mode and evaded everyone.  And then, out of the blue, over a year since he’d been lost, a jogger contacted the staff at the Barker Shop in La Grange about this dog he kept seeing.  The shop posted the sighting on their Facebook page, and other people started posting that they too had seen this dog!  The Barker Shop Rescue Team went into action; set up a feeding station and then a humane trap, which they placed in the snow.  Mitch entered the trap right away but the door got caught in the snow and wouldn’t close.  They then moved the trap to an intersection, as Mitch watched their every move.  Once the rescue team returned to their cars, Mitch started sniffing around and got into the trap.  Success!  He was taken, inside the trap, to the vet clinic, where he was scanned for a microchip.  Once the chip information came up on the scanner, Mitch’s owners were called and there was a very, very happy reunion. Smart, brave, resourceful Mitch had survived the Polar Vortex and the Blizzard of 2015.  He did not starve, nor was he killed by coyotes.  Missing 1/20/14,  Reunited 2/08/15.  Welcome Home…at last, Mitch!