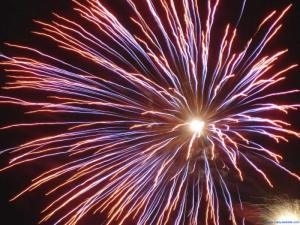 Toby, the Australian Shepherd,  was a shy dog. Not only was he wary of strangers, but he had been lost from a strange location (a family member’s house) during the week of the 4th of July. The family was prepared to keep him in the house during the community fireworks display; but a neighborhood party erratically shooting off fireworks two days before the big day was unexpected. Toby bolted and was lost.

Toby had four strikes against him. He had four out of the five risk factors that will make him an elusive dog:

Pair this with the usual response of owners who in a panic tend to do all the wrong things to catch  their dog; and the story could have had a sad ending.

Fortunately it did not. The family followed good advice and were successfully able to recover Toby safely. This next series of articles is going to focus on techniques for recovering a shy dog, and/or those dogs lost from a stressful situation or an unfamiliar location. These techniques are different than those you would employ for a friendly dog lost from an opportunistic situation. You will find our strategies for finding a friendly lost dog in a separate category at the right.

But, in preparation for the summer fireworks season, let’s get started on the shy dog series. We know it will be our busiest time of the year. Thank you for helping us by sharing this information with anyone you know who may have lost their dog. Click here to go to Part 2.

Our tips, ideas and articles are based on information gathered from thousands of successful lost dog recoveries. Any advice or suggestions made by Lost Dogs of Wisconsin/Lost Dogs Illinois is not paid-for professional advice and should be taken at owner’s discretion.