Hope was adopted from the Columbia County Humane Society (CCHS) in Portage WI on Dec. 8th and 2 days later got out of her owners car. In the 27 days she was on the run, she had basically stayed in one area.

After her owner stopped looking for her, CCHS took over. Fliers were passed out in a 6 block radius and a live trap set. We put a blanket over the live trap and good food like liver, steak, etc, in the trap daily as it froze. 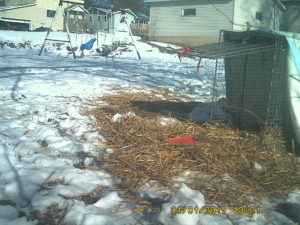 After 5 days of catching cats, we bungee strapped the trap open and put up a trail camera. I sprayed the trap inside and outside with Butter flavored Pam spray to get the cat smell out of the trap in case they went pee in it. 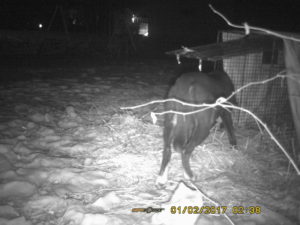 I went daily and put food in the trap and checked the trail camera pictures. We spoke with neighbors and got calls daily from people spotting her nightly in that area. Hope had been dragging a leash for 26 days. After figuring out a pattern of when she would come to the trap at night, we set it one night. That day we noticed she no longer had her collar and leash on. I put nightly food in before dark and left it strapped open, at 11 pm I went back and put fresh food in and set the trap. At 2 am I went back and had a opossum in the trap. I let the opossum out and reset the trap. At 4:45 I received a text from the neighbors saying she was in the trap.

We got her!!! We were so happy along with the community!

Some things that I learned that were important was you have to talk to people in the area the dog is being spotted, leave the trap in one centralized spot as a feeding station, put up a trail camera, put fresh food in daily and never give up hope 🙂 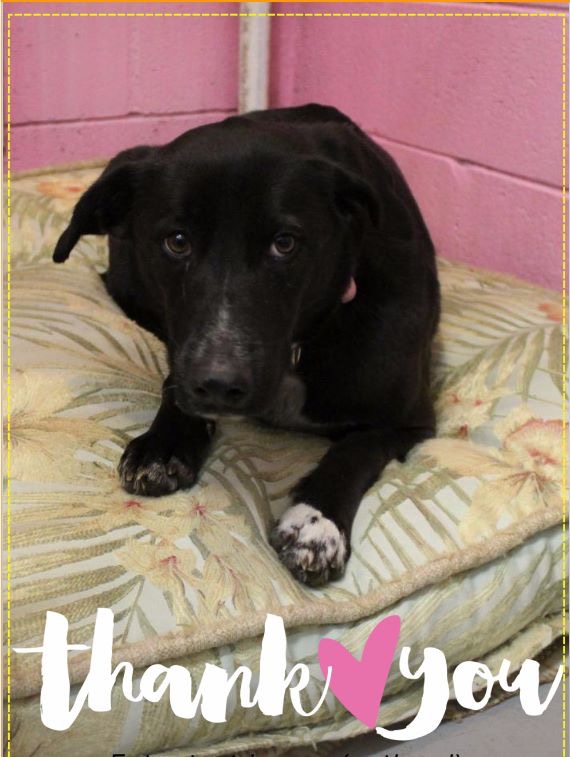 Hope – all comfy and safe