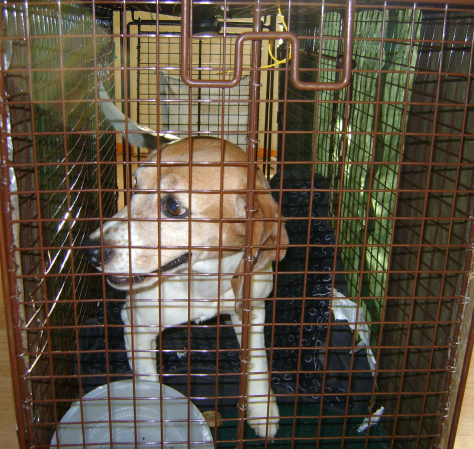 Lindsay, a shy beagle was successfully captured by the well-coordinated team of volunteers at Midwest BREW.

In this final segment of our series for shelters and rescues, we will focus on some of the common mistakes that can lead to a prolonged search or unfortunately even the death of the missing dog. Most of these mistakes can be attributed to a lack of leadership or the absence of a strong point person on the case. We covered this in detail in Part 3 of the series. Without strong leadership, the volunteer base will become frustrated and frayed. Some may become disinterested, some may give up, and some may go off on their own, using methods that we would never recommend. These include:

We hope this series has given you some guidance and ideas if one of your rescue or shelter’s foster or adopted dogs go missing. Searching for a shy lost dog is expensive and time-consuming. Pre-planning, volunteer training and avoiding common pitfalls will save you the time, money and resources that could be better spent on saving more lives.